0
was successfully added to your cart.
Rachael Tate Fitness > Nutrition, Lifestyle & Wellbeing > Fitness > 1 year 4 stone…….Fiona’s Story, in her own words 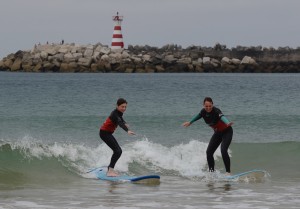 Ive been trying to lose weight on and off with limited success for 10 years, but this time it’s worked and here is why :

1) I got a personal trainer and signed up for 20 sessions initially, 1 a week. Rachael assessed my goals and then started me on a programme of workouts. I found it helped to have someone external to be accountable to and to discuss how my weight loss and fitness levels were going from week to week. I also liked that a routine had been created for me, so I could go into the gym and  “get on” rather than deliberating about what to do. The workouts progressed gradually so I was continually challenged. I visited the gym 2-3 times a week, in between my sessions with Rachael, depending on work and other commitments. I followed Rachael’s “rule” of never going more that 3 days without some form of exercise. As I got fitter, I also found ways to walk a bit more each day (moving from an average of 1500-2000 steps to 5000-10,000 steps). Even though I’ve reached my target, I’m continuing with the personal training and gym sessions to maintain it and continue to improve my fitness.

2) I kept a food diary – this helped in the early stages particularly as I could see where my weak spots were and having to write it down made me think more carefully about my food (and drink!) choices. I later switched from a handwritten journal to Myfitness pal app, so I could track calories and nutrients more easily. I also liked the apps  weight loss tracking graph and seeing a gentle downward slope!

3) I followed and learnt some healthy recipes – I used Jamie Oliver’s Superfoods as my main recipe inspiration. The recipes are all based around nutritious whole foods and each recipe gives you full nutritional information including a calorie count which allowed me to plan my days intake. I made some other simple adjustments too, like switching from lattes to americanos with skimmed milk, I swapped chocolate for popcorn and also snacked on fruit and nuts. Some days I felt hungrier than others, so I allowed myself to eat a bit more, knowing I had to balance it out on another day. I tended to have eggs in some form for breakfast and then a soup or lighter meal for lunchtime – something I could easily take to work or reheat in the microwave there – and then I’d have a bigger meal in the evening. Previously I’d tended to eat and snack more in the evening and found that the bigger meal in the evening helped reduce the temptation to snack . I also cooked in batches at the weekend so I could freeze portions for quick meals within my calorie range when I needed them in the week.

Using these 3 basic principles, it took about 9 months to lose 25kg (4 stone), averaging about 0.5-1kg per week and over 20cm off my waist. It has totally been worth the hard work, as I feel so much better and am enjoying being more active, not feeling so tired and of course shopping for new clothes !

There are no upcoming events at this time.